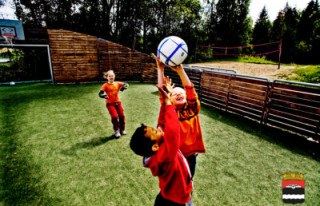 Earlier this summer, the Centre for Design research gladly announced that it had landed a new project. This project, named delTA, is funded by the Research Council of Norway and it aims to design and develop social web services and applications to increase civic engagement among youth. These social web services and applications will help organizations and businesses that profess a social responsibility mission create venues where youth and young adults between 15 – 25 years can engage in matters related to their society.

Interestingly, the announcement of this project coincided with events in North Africa and the Middle East where the world watched Arab citizens gather to protest against and eventually topple authoritarian governments. In Western media, platforms like Facebook and Twitter were credited with helping to propel these so-called “Arab revolutions”.  Equally, we have recently witnessed the rise of movements such as 15M , SlutWalks , and Occupy  all lead by well-informed youth using social media to spread information, sensitise, and mobilize for protests. All those involved in research and in making policies for youth civic engagement are watching these developments with interest.

In research circles this interest in young people, civic engagement and digital media is not really new. There are currently multitudes of research projects that are looking at the ways youth are using existing digital media platforms to engage in meaningful ways in civic affairs and social issues, such as Youth & Participatory Politics, EU Kids Online, and Engaged Youth.

Compared to these other research projects, delTA is unique because it brings onto the table the perspective of design. Its focus is on designing and developing new web services for youth civic engagement. A recent report published by the EU Kids Online Project shows that youth are getting increasingly dissatisfied with available online services. The same report shows that youth in Norway are both among the highest users of the Internet, and those who are the most dissatisfied with existing services. Thus we see a unique potential here for developing new and better social media services, which at the same time will promote civic engagement among youth.

One particularity of the delTA project is that it involves two kinds of target groups: youth on the one hand and organizations on the other. These organizations are NRK (broadcasting corporation), Edda Media, (local newspaper conglomerate) Plan Norway (humanitarian), and Kongsvinger Kommune (local government).  One major challenge is how to reconcile the perspectives of the youth with those of the partner organizations in terms of defining what forms of civic engagement are relevant and for whom.  What if, for example, youth in Kongsvinger consider as a meaningful form of civic engagement using social media to organize protest action against their local government?

These organizations have varied experiences in using social media to engage youth. Plan Norway, for example, is one of the organizations with wide experience in this. It already uses social media extensively in its information campaigns. It involves celebrities in its campaigns in receiver countries and publishes videos of this on YouTube and other popular social networking sites. It’s Facebook page has about 110,068 friends. However, its wide outreach, it still faces the challenge of getting young people to engage in a concrete manner. The question here is whether design can construe new ways of getting youth to engage in humanitarian work, to be actively involved beyond just clicking on the “like” button.