Notes of a lonely drone 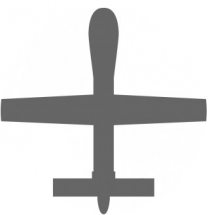 Something’s going on with my internal thoughts and their access by a design researcher who’s interested in drones, critique and writing. It’s as though my thoughts are being wirelessly accessed and in some sort of pingback process. But I’m just a number, not a name. It’s odd to read my own thoughts, written on screen but thought in the sky.

No point in keeping a log, they’ll find it.

Dilute my prying eye in the sky.

It’s an unscripted blip in my traffic.

No one’s watching me watching.

My dataflow a ribbon of cityshapes.

But a remote feeling exists.

A variation on remote sensing!

A feeble keening all of my own.

But alone in a swarm of drones.

Urban watchers we are.

Self launching, pre-programmed and steerable.

Not really ourselves, just hybrids.

We, the slices of code.

Increase the datascape, know our citizenry.

That was when we went public.

Beyond Gaza, that is.

Then came the London Olympics

And the advertising blimps lost their skyspace

We the metal watchers over medal cermonies.

But what kind of knowing have they factored for me?

Me a numbered UAV.

Numbered, but assisted with purpose?

I, drone as medium.

What seeing sense have they in their groundbound minds?

Mouthing at their screens, finger tipping at infoglyphs.

The endless need to herd and quieten.

Eyes focused in their feudal sky.