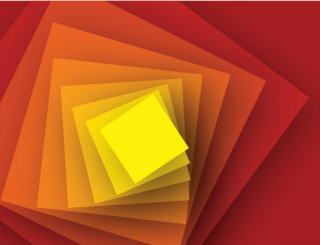 Digital artefacts pervade culture and social life in work, play and leisure. Many of these activities are carried out through screen-based interfaces, which therefore take on an important role in enabling and engaging people in their daily life. Screen-based visual movement is increasingly a key characteristic of mobile phones, gaming platforms, operating systems and websites. This thesis presents ‘kinetic interface’ as a key concept for analysing screen-based digital artefacts that are characterised by visual movement. Among several concepts introduced for understanding kinetic interfaces, ‘navimation’ refers to actions of navigation that are intertwined with movement. Screen-based interfaces are constructed artefacts; they have to be designed by someone. Interface design plays an important role in shaping mediated human activity and enabling meaning making. There is a lack of design research and literature on the features of kinetic interfaces. How can we understand the employment of movement in kinetic interfaces, and what are the features and communicative potentials of such interfaces? How may we investigate such a phenomenon that is still emerging, in and through design? In order to understand these emerging potentials, there is a need for studies that focus on the kinetic interface as a mediating and cultural artefact in its own right, recognising its situatedness in social and cultural contexts. This thesis includes three published research texts, two of which report on my own design experiments carried out with business partners within a larger research project called RECORD. In addition, a meta-reflection is presented so as to situate and extend these publications. Taking a ‘research by design’ approach, the study combines textual analysis with textual construction through experimental design production. New analytical concepts are generated by combining analysis and design; these are needed for understanding as well as designing kinetic interfaces. The thesis adopts a sociocultural view on the design and analytical study of interfaces, informed by social semiotics and concepts from activity theory. This view emphasises the importance of social and cultural contexts in human activity and meaning making. The thesis argues that kinetic interfaces play multiple roles in modern culture and use, in terms of semiotic mediation and instrumental mediation. Interfaces are meaningful and cultural artefacts that employ signs or semiotic resources to communicate through their design in use. At the same time they enable activities to be carried out through instrumental mediation, much like tools or instruments. I call these related aspects double mediation. The relationship between instrumental and semiotic mediation is complex; this thesis suggests a new model for understanding the kinetic interface as both tool and sign. This view is complimented with an account of the dialogic exchanges taking place between users and kinetic interfaces, referred to as dialogic interaction. The main contribution of the thesis is a range of concepts that are introduced for analysing and constructing kinetic interfaces, for example in web browsing and social media. The study builds knowledge of kinetic interfaces, and demonstrates the possibility of constructing theory and concepts through design experimentation coupled with analysis.